How to Apply to Graduate School for a Psychology Ph.D. 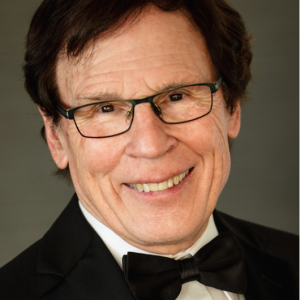 Darren M. George was born in Oakland, California at some remote date in the last millennium. He has lived in three general areas since then: California up through completion of the Ph.D. (1992), in Alberta, Canada from 1993-2021, and in Tuscaloosa, Alabama (2021 – present). Darren attended St. Helena High School (a football powerhouse: They compiled the California State record for consecutive wins the year he graduated, 45-0), completed his undergraduate work at Pacific Union College overlooking the beautiful Napa Valley. Darren earned an MA in experimental Psychology at Cal State Fullerton in 1982, and taught high school and coached track in the Alhambra City School District (east of LA) from 1980 – 1989. A major–life highlight was getting accepted into UCLA’s Ph.D. program. Darren worked closely with luminaries such as Harold Kelley, Shelly Taylor, Bernard Weiner, Seymour Feshbach and Peter Bentler, and completed the program in three years: Major in Personality-Social, Minor in Measurements & Psychometrics. Another UCLA highlight was meeting Paul Mallery. Darren and Paul teamed up to write the book: IBM SPSS Statistics, Step by Step. Little did they know then that the book would go on to become an international best seller. The book is now in its 17th edition and is distributed in 85 countries of the world. After a year teaching (UCLA and Cal State) in Southern California, Darren accepted a position at Burman University in Central Alberta Canada. He spent 29 magnificent years in the chilly north and progressed through the ranks to become a tenured full professor and Department of Psychology chair. Darren’s in-laws, however, were failing, and COVID restrictions required terminating the relationship with Burman and moving to Tuscaloosa. He was employed by UA to teach and research in 2021. Let’s hope the next 29 year at The University of Alabama are just as rewarding! Personal: Darren is married to Elizabeth (professional speaker and corporate trainer), has three grown children [Marcus (aerospace engineer), Robin (an Oscar-winning animator), and Melody (an Emmy–winning director and videographer)], performs on the trombone, enjoys playing the piano, relishes (and has written a book on) classic movies, and has been nationally ranked as a runner (2:20:10 marathon).

Boyd, B, & George, D. M. (2019). The Influence of an Undergraduate Conflict-Resolution Course to Effect Change in Student Cognitions, Attitudes and Behaviors in Their Personal Relationships. Journal of Research in Christian Education, 28(3), 309-324.