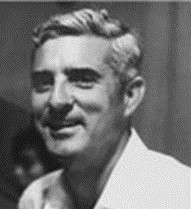 The Norman R. Ellis Endowed Scholarship was established by Dr. Ellis’s son-in-law Hugh Rowe Thomas in 2007. Dr. Ellis was a highly respected teacher and scholar in the psychology department for 27 years.

Ellis received his BA from Howard College (now Samford University) in 1951, his MA in psychology from UA in 1953, and his PhD in psychology from Louisiana State University in 1957. He taught at Vanderbilt University’s Peabody College before joining the UA faculty in 1964, where he received the Burnum Distinguished Faculty Award and the Outstanding Scholar award. He was designated an emeritus professor of psychology in 1991.

An internationally recognized researcher in the fields of memory and intellectual disability (formerly called mental retardation), Dr. Ellis edited the Handbook of Mental Deficiency, as well as Aberrant Development in Infancy. He also founded and served as chief editor of the book series, International Review of Research in Developmental Disabilities. Dr. Ellis received the NICHD Award and the Edgar A. Doll Memorial Award. He was invited to the White House in 1967 for the signing of the Mental Retardation Bill, and was honored in 1972 by the American Association on Intellectual and Developmental Disabilities as “one of the world’s leading behavioral scientists in mental retardation.”

In his retirement, Dr. Ellis became an award-winning furniture maker, inspiring several of his friends to try this craft. He died in 2018 at the age of 94.  In his honor, each year, the Ellis scholarship is awarded to a junior or senior psychology major, with preference to a student with excellent academic achievement.