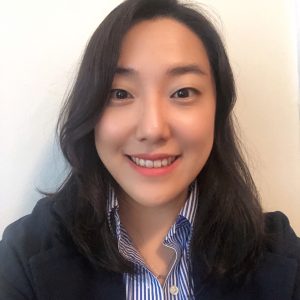 The Department of Psychology would like to recognize Dr. Soohyun Park (currently a Post-doctoral Fellow at McLean Hospital at Harvard) as the recipient of the 2021 Psychology Outstanding Dissertation Award.  Dr. Park graduated in 2021 from the Clinical Area of the Department.  Her project entitled, “Gene by Environment Interactions on Late-life Cognitive Functioning: Integrative Roles of Polygenic Score, Early Life Trauma, and Psychological Resilience” was chosen from a competitive pool of submissions.  Her dissertation abstract is below. Congrats Dr. Park!

METHODS: Growth curve modeling was conducted on a nationally representative sample of 7,981 adults from the European ancestry group aged 50 or older (4,479 females and 3,502 males) from the 2004 – 2016 waves (7 waves) of the Health and Retirement Study. Global cognitive functioning was measured by a total cognition score, comprised of fluid and crystallized intelligence. Genetic predisposition for cognitive functioning was measured by polygenic score for general cognition (PGS-gc), and early life trauma was measured by parental alcohol/drug use, physical abuse, and trouble with the police before the age of 18. Psychological resilience was measured as purpose in life and perceived control.

RESULTS: After controlling for covariates, PGS-gc, purpose in life, and perceived control, respectively, were significantly and positively associated with global cognitive functioning. Moreover, there was a significant PGS-gc by early life trauma interaction on fluid intelligence. Parental alcohol/substance abuse for older females, and trouble with police for older males, respectively, were significant moderators which decreased the beneficial effect of high PGS-gc on fluid intelligence. Higher perceived control was associated with higher crystallized intelligence (a) among older females with a history of early life trauma and with high PGS-gc; and (b) among males with a history of early life trauma with low PGS-gc, respectively.

IMPLICATIONS: The findings demonstrate a gene-by-environment interaction, as early life trauma serves as a significant moderator which attenuates the genetic benefits of PGS-gc on late-life cognitive functioning. Psychological resilience, such as perceived control, has a positive association with cognitive functioning, and also moderates the interaction effect of PGS-gc and early life trauma on crystallized intelligence. These findings not only provide a clear rationale for trauma-informed care for geriatric populations but also highlight psychological resilience as a modifiable target for effective intervention to promote late-life cognitive health.